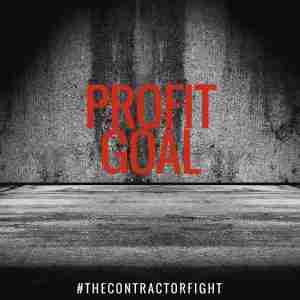 We feel important. We feel like we’ve arrived. We get invited to speak at events. People treat us like we’re awesome.

But, here’s the deal. I see it over and over…

Contractor A- he’ll remain anonymous…. he did $2 million in sales. He had over $500k debt and was only paying himself every few weeks. He made less than $100k for himself and his family.

Contractor B- he’ll remain anonymous. He sold over $10 million. He filed personal bankruptcy because he tried to scale too quickly. He lost control.

Stop chasing the vanity metrics in your business (that means all the things that impress the people around you).

Profit is all that matters.

What you keep and can also reinvest into the business is what matters.

The Revenue Myth tells you that if you just keep growing the machine it will eventually get better.