Menu
Back to all

The Mindset of a Successful Contracting Business

In this post, I’m gonna talk about the mindset of a profitable leader in your contracting business. There are so many things to deal with on a day-to-day basis in order to keep your sanity and run a successful business, and I put them all in one list.

I have some tips that I want to talk about briefly, just to put them on your radar and make sure that you’re paying them the right attention. Without following most of these tips, you’re going to struggle more than you need to.

1. Believe that you own it.

This is the mantra that should always be running through your head. ‘I own it.’ If you have a problem with your people, that’s your fault. Not theirs. If you have a problem with sales, that’s your fault. Not the customers’. Whatever problem you’re having in your business – whether that’s low profit, low sales, safety issues, debt, etc. It’s your problem.

Until you embrace that, you’re gonna struggle.

2. Optimize before you maximize.

This means – don’t try to grow yourself into being profitable. If what you’re doing right now isn’t kicking ass and making money – whether that’s one job a week or a hundred – optimize that.

Make sure you’re making money on the job you’re doing right now, before you try to scale and grow. More sales and more revenue with less profit does not equal success.

3. The fastest way to being broke is increasing your revenue while sacrificing profit.

It’s stupid to increase sales and sacrifice profit because, when you do that, you’re putting yourself on the hamster wheel and all of a sudden, you have a bigger business than you can handle and it tires you out. Just stupid.

When, in reality, if you focus on being profitable and maximizing on what you’re already doing, optimizing what you have before you scale, you’re better off.

Overhead eats three meals a day and snacks frequently in between them. What I mean by this is that it costs a lot to run a business. Overhead is anything in the business that has to get paid, even if you don’t do a job. It’s the simplest way to put it. So, what are the things that need to be paid right now, this week, even if you don’t go out and get a job done?

The most important thing is your salary. You need to make money. Whether or not you have work happening today, your company should bring in enough money to pay you. Then comes the rent for your shop. Marketing. Your truck payment. Your cell phone. Things like that.

Overhead eats every day. Overhead is hungry. So, you gotta control it because if you don’t, you’re gonna struggle more.

You have one ounce of discord with an employee, a customer, a prospect, there’s no better time than right now to address that. Don’t be a chicken. Address it and say what needs to be said – be respectful, have integrity – and when you do that, you’ll be amazed at how quickly your business will grow.

An A-player is someone who does the job that you hired them to do without you ever having to worry about them. You don’t have to chase them down, you don’t have to motivate them, you don’t have to babysit them. They show up, they do what they need to do – whether it’s a salesperson or a foreman, they get the result that you want.

In my world, I call these people #FWs. Fuckin’ winners. You want a whole team of fuckin’ winners. Just one FW is worth an infinite amount of mediocre players.

7. Get your own oxygen first.

Just like in a plane crash. You have to grab your own oxygen mask first – the only way you can help others is if you help yourself first. If there’s no oxygen going to your brain, you’re no good to anyone else.

When it comes to your business, oxygen is money. Without money, you have no oxygen going to your head. Every problem in your business is gonna seem bigger than it really is because you’re fricken broke again.

The rules of the game are ‘you need to make money.’ If you can’t make money, go work for somebody else.

They love to be held accountable. During a meeting with your sales team, I can spend 30 seconds in there and know who your #FWs are before anyone even opens their mouth. An #FW will be ready with their weekly stats, how many jobs they sold, all that stuff – they’re gonna know it all and be early to the meeting.

The mediocre player will avoid reporting and measuring themselves because they know they’re full of shit.

#FWs are winners. Winners want to be tracked and measured.

9. Bid every project with a target of 50% gross profit.

That means you figure up what it’s gonna cost you to build the thing. Take that number and multiply it by at least two, then sell it at that amount of money or more. You’ll have better than 50% gross profit every time, which is how you’ll be able to have money to reinvest back into the business and pay yourself when/if the phone doesn’t ring this week.

In 99% of the cases of specialty contractors, this is the method that’s gonna keep you from going broke.

This happens when you get a call for a bid and go out to see what’s going on with it. You give away your knowledge and wisdom, you type the thing up at 11:30 at night, and you give it your all.

Then, the customer disappears and you’re left wondering what the hell just happened. You do this a couple hundred times a year, and the next thing you know, you’ve wasted ¾ of your year chasing unicorns.

Instead, learn to use your phone and prequalify. Have an open and honest conversation with your prospects. Talk about money, talk about what’s most important. Prequalifying isn’t asking what they want done and what zip code they live in, and if it’s close enough, running out there to waste your time.

When you implement this advice, you can double, triple, quadruple your personal income and business prospects. You don’t run around and chase every bid that comes in. You’re not in the bidding business, you’re not in the proposal-writing business, you’re in the contracting business. And you’re only gonna change your life by cashing big-ass checks. You put those in the bank and deliver big-ass value, making big-ass profit so you can stay in business and serve your people.

The other cool thing is that when you charge big money and bring big value, it enables you to hire better people – it’s a beautiful circle of life, and it all starts with you not chasing unicorns.

So, these are my ten mindsets of a profitable leader. Quit jackin’ around, quit bullshitting yourself, and do what you need to do in order to win bigger and have a better life. I promise, you do most of the things on this list, and it’s gonna be a whole different ball game for you, your family, and your business for decades to come.

TCF728: How to Land Bigger Sales as a Contractor

Do you want to land bigger sales but don’t know

A key lesson Tom wants you to learn about achieving

You have to deliver above expectations if you want your

Tom discusses three key meetings you should hold with your

TCF724: GET EYEBALLS: The Easiest Way to Get More Referrals

Tom talks about the easiest way for you to get

Do you struggle with selling? Are you eager to grow

Tom shares his story of how he once looked at 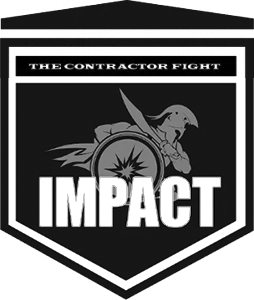